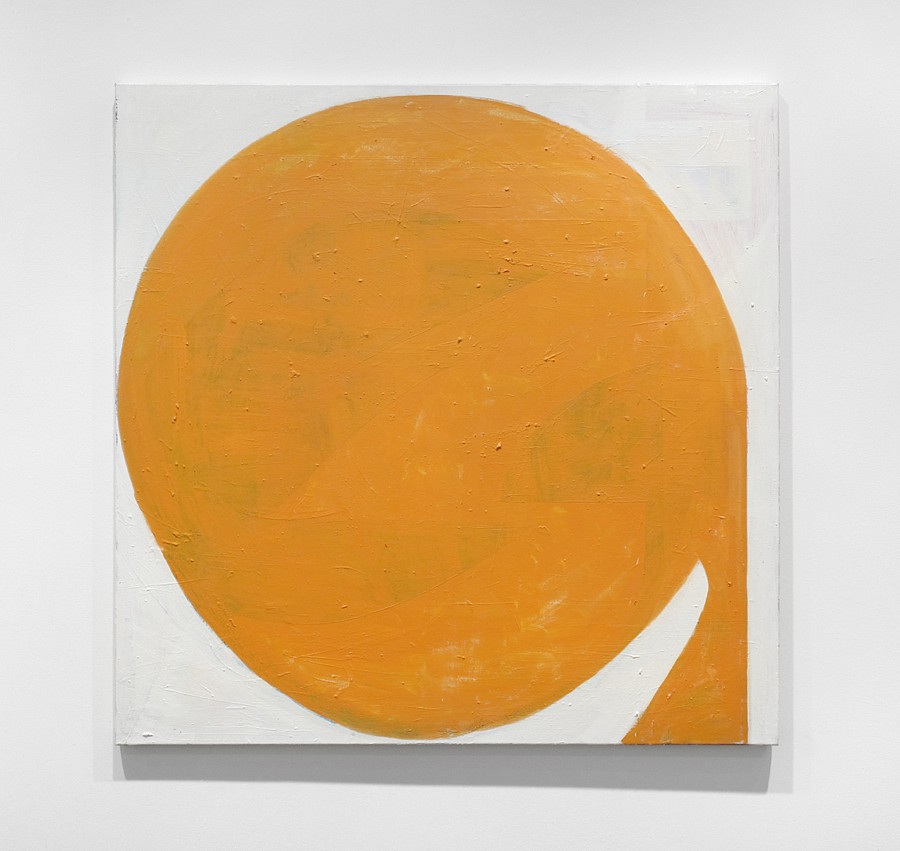 Holly Johnson Gallery in Dallas is pleased to announce the opening of Wherefore & Hence, an exhibition of ten recent paintings by David Aylsworth. This is the artist’s fifth solo exhibition with the gallery. An opening reception will be held Saturday, January 6, from 5 to 8 pm. The exhibition continues through March 24, 2018.

David’s Aylsworth has spent years cultivating his painting practice – with exuberance, quirkiness, and imperfections embedded in his method. Refinement has never been an Aylsworth goal, yet in Wherefore & Hence he reveals a certain restraint evinced by more simplistic compositions.

When describing his work,art historian Sandra Zalman states, “Where there are brushstrokes, drips, clotting and scraping… it is evident in the almost discursive way that shapes coalesce to articulate a larger story of meditation- the fine line between form and figure, or plane and ground, which speaks to the very human quality of finding opportunity in uncertainty, near connections, qualifications, and do-overs. The paintings may play, and tease, and flirt, but their force derives from the quiet, unassuming way they confront these larger concerns.”

David Aylsworth (born 1966, Tiffin, OH) earned a BFA from Kent State University (1989) and was an artist resident at the Core Program, Museum of Fine Arts, Houston, (1989-1991). Aylsworth was the subject of a ten-year survey exhibition, David Aylsworth: Either/And, organized by the Art Museum of Southeast Texas, Beaumont, TX, and traveled to the Galveston Arts Center (2017).  Other recent solo exhibitions include Sweet sweet sweet sweet sweet tea, Inman Gallery (2016); David Aylsworth, Morgan Lehman Gallery, NY (2014); Five, Six, Seven, Eight, Holly Johnson Gallery, Dallas (2013); The Reverses Wiped Away, Inman Gallery (2012); That Thing That Makes Vines Prefer to Cling, Holly Johnson Gallery, Dallas, (2010); and Fugue for Tinhorns Sound Like Frère Jacques, Ellen Noël Art Museum of the Permian Basin, Odessa (2008).  His paintings were included in Painting: A Love Story, curated by Bill Arning at the Contemporary Arts Museum, Houston (2014) and also Working in the Abstract: Rethinking the Literal, Glassell School of Art, Museum of Fine Arts, Houston (2011). The Galveston Art Center mounted a ten-year survey of his work, So Elsa Maxwellish. It traveled to Texas A&M University in Commerce and the University of Arkansas in Fayetteville (2001).

In 2010, Aylsworth received an Artadia Award Houston. Many articles about his work have been published in noteworthy publications such as; Art Lies, Art in America, The Dallas Morning News, and Fort Worth Star-Telegram.  His work is in the collections of the Museum of Fine Arts, Houston, the Dallas Museum of Art, The Art Museum of South Texas in Corpus Christi, The Art Museum of South East Texas in Beaumont, and the El Paso Museum of Art. He currently resides in Houston.

Holly Johnson Gallery is located at 1845 Levee Street #100 in Dallas. Gallery hours are 11am to 5pm, Tuesday through Saturday. The gallery is a founding member of Contemporary Art Dealers of Dallas (CADD).  For information call 214-369-0169, or info@hollyjohnsongallery.com, or visit  www.hollyjohnsongallery.com.