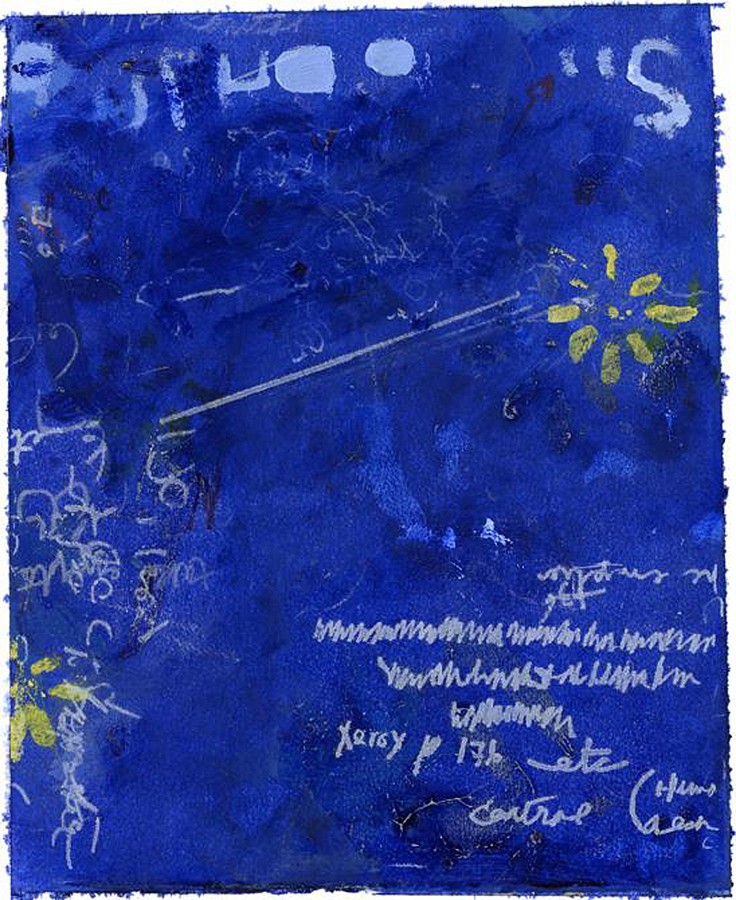 Holly Johnson Gallery in Dallas pleased to announce Tinies, an exhibition of new work by Gael Stack, featuring new oil paintings on paper. A reception for the artist will be held Saturday, February 24, from 5:00 to 8:00 p.m. The exhibition continues through May 5, 2018.

Gael Stack is one of the most accomplished American painters working today. Her ‘tiny’ paintings on paper are full of mystery, like intimate interior universes awash in cryptic messages and enigmatic figures. Her mark-making, both dreamy and unsettling, looks as if it could dissolve before it is fully formed - evidence of a mind in constant "shuffle" mode, randomly stumbling onto bits of the past. Every image, regardless of the medium, has a source. And while each body of work Stack creates has its own theme, the influences are fairly constant - and oddly apparent once you know them.

In 2011 The University of Texas Press published Gael Stack, a lavishly illustrated monograph on her forty year career. Included are essays by Raphael Rubinstein and Alison de Lima Greene. Rubinstein likens her paintings to Freud's "mystic writing-pad," a surface layer that can be endlessly written upon, erased, and refilled, while the underlying tablet retains traces of all that has been written-an apt metaphor for the workings of perception and memory. Greene also reflects on the theme of memory, particularly the ways in which memory can evolve into forgetfulness and cognizance can become ignorance.

Stack received a B.F.A. from the University of Illinois in Urbana and a M.F.A. from Southern Illinois University in Carbondale. She is the John and Rebecca Moores Professor of Art at the University of Houston, where she formerly headed a department that has become the region's premier training ground for the visual arts.

Holly Johnson Gallery is located in Dallas’ Design District at 1845 Levee Street #100 in Dallas, TX 75207. Gallery hours are 11:00 am to 5:00 pm, Tuesday-Saturday. The gallery is a founding member of CADD -Contemporary Art Dealers of Dallas. For more information please call 214-369-0169, or email info@hollyjohnsongallery.com, or visit hollyjohnsongallery.com.