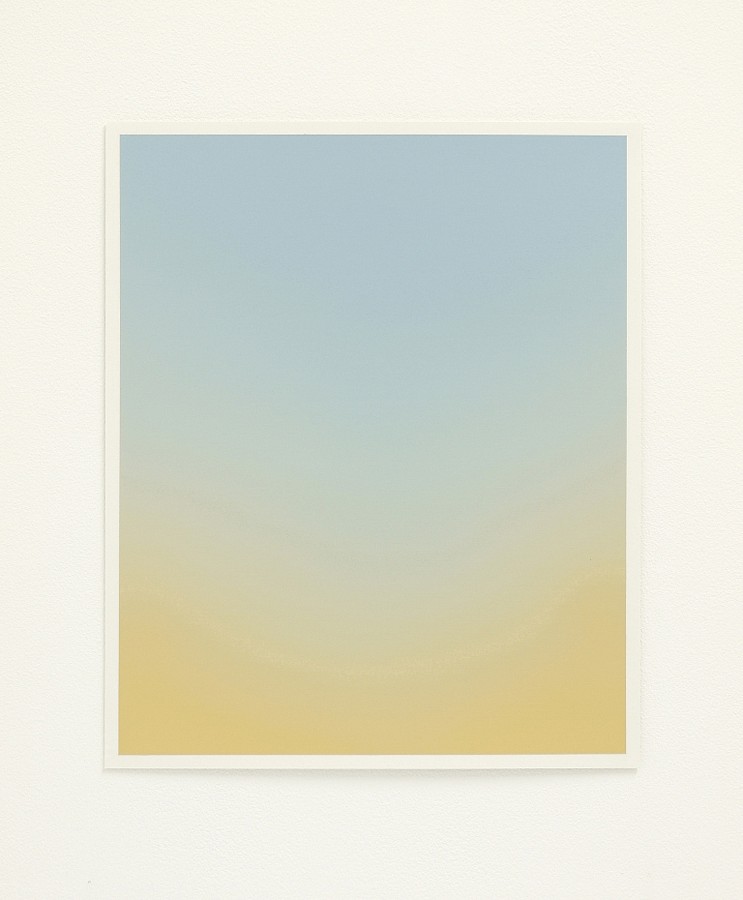 Holly Johnson Gallery is pleased to present Eric Cruikshank’s exhibition, PAPER SKIES, representing a selection of twelve, intimately scaled oil on paper paintings created during the past year. An opening reception will be held Saturday, June 30th, from 5:00 to 8:00 p.m. This is the artist’s first solo exhibition with the gallery and it will continue through September 29, 2018.

The Scottish artist Eric Cruikshank is a modern painter. Born in a country and into a culture with a strong narrative tradition, his work departs from customary figuration, yet revels in the craft and artisanship of his chosen medium. While this embrace of non-figurative abstraction is thoroughly modern, Eric Cruikshank's devotion to his craft is conservative in the best sense.

Cruikshank is a meticulous and fastidious artisan. His work requires the beholder to engage with the qualities of paint and painting itself. The paintings surfaces do not immediately reveal the plethora of hues and gradations of visible colors. Painted in a laborious process with the individual brushstrokes hardly visible, the works are anything but a solid monochrome. Instead, they often darken toward their edges, leaving their centers to emanate a subtle glow, only to emphasize the rich overtones. What starts of as a seemingly uniform coat of paint is quickly uncloaked as a nuanced field of color, ever changing in the beholder's perception as light conditions alter, vary and transform. The works in PAPER SKIES exploit the subtleties of color, light, and space - with a palette tied to the Scottish landscape and a suggestion of delicate movement of light and shadow.

Eric Cruikshank was born in Inverness, Scotland (1975). He received a BA (Hons) in Painting and Drawing from the Edinburgh College of Art in 1997. Cruikshank’s works have been included in numerous exhibitions in cities such as; London, Paris, Berlin, Bonn, Gothenburg, Edinburgh, Basel, Zurich, Inverness-shire, Santa Fe, and now in Dallas. He has been the recipient of several prestigious awards including an Oppenheim-John Downes Memorial Trust Award (2016), an Edinburgh Council Visual Artist Award (2014), a Hope Scott Trust - joint award with Michael Craik (2013), and a Pollock-Krasner Foundation Grant (2009), among others. He has also participated in several residencies; the Mustarinda Residency, Finland (2012) and the Santa Fe Art Institute Residency (2010). He currently lives and works in Edinburgh, Scotland.

Holly Johnson Gallery is located within the Dallas Design District at 1845 Levee Street #100 in Dallas, TX 75207. Gallery hours are 11:00 to 5:00, Tuesday through Saturday, and by appointment. The gallery is a founding member of CADD - Contemporary Art Dealers of Dallas. For more information about this exhibition, please telephone us at 214.369.0169, or email us at info@hollyjohnsongallery.com, or visit the gallery website at www.hollyjohnsongallery.com.