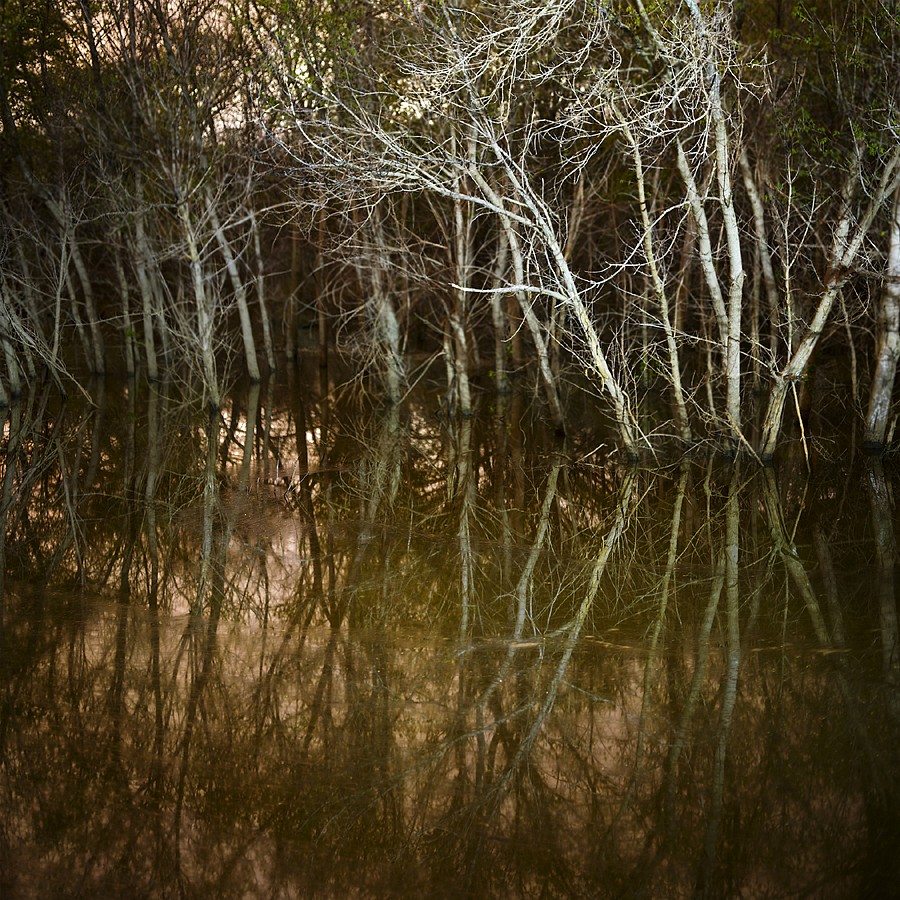 Holly Johnson Gallery in Dallas is pleased to announce the opening of DELUGE, an exhibition of new photographs and hydrographs by Dornith Doherty. A fully illustrated catalogue will accompany the exhibition and includes an essay by Irene Klaver, PhD (available mid-September). An opening reception for the artist will be held September 8th, from 5:00 to 8:00 pm. The exhibition continues through Saturday, November 10, 2018.

Since 2010, Texas has experienced record-breaking climatic extremes - both the single driest year and the 24 wettest months ever recorded. In response to these dramatic environmental events, Dornith Doherty was compelled to begin Mediated Forest, a project about the changes within the Trinity River basin north of the cities of Dallas and Fort Worth.

Part of the Mediated Forest project is DELUGE, initiated by photographing areas repeatedly from 2015 to the present, tracking changes in the landscape during consecutive floods and their aftermaths. New large-scale photographs were made from the waters' edge, from a boat, and by wading into floodwaters. New hydrographs (water drawings) were made by canoeing into the flooded forest canopy and suspending 4 x 7-foot sheets of paper to directly record the water height as it ascended and receded. Against the backdrop of severe drought/flood cycles and rapid residential expansion, Doherty created otherworldly imagery when the surface of the lake rose twenty feet and hovered at the level of the forest canopy, and in the ensuing months as the submerged terrain revealed itself from the watery depths.

Much has been written about Doherty's work in publications worldwide. In 2017 Schilt Publishing, Amsterdam published Dornith Doherty: Archiving Eden about her eight-year exploration of the role of seed banks and their preservation efforts in the face of climate change and the extinction of natural species. The 160-page book included an insightful essay by Elizabeth Avedon.