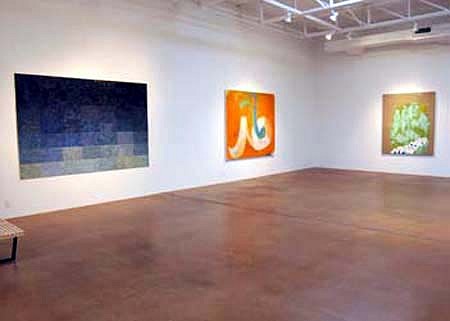 Holly Johnson and Jim Martin are pleased to announce the opening of Holly Johnson Gallery in April 2005 with an inaugural exhibition including the gallery’s artists in a newly renovated space with both large and small exhibition spaces, private viewing area and large art storage facility.

Holly Johnson, a Dallas native studied painting and art history at the Art Institute of Chicago in the mid 1980’s before turning to a career in the gallery field. While pursuing her degree she began what is now a twenty year career in the art world with an internship with Roberta Lieberman of the Zolla/Lieberman Gallery in Chicago’s River North area. Today the gallery directed by William Lieberman continues to maintain the quality of aesthetic vision it established thirty years ago and maintains professional associations with the Art Dealers Association of America and the Chicago Art Dealers Association.

She also held a research internship position with the Prints and Drawing Collection of the Art Institute of Chicago, a distinguished collection of nearly 75,000 works from the 15th century to the present with particular strength in 19th century prints and drawings; Old Master prints, fine representations of the work of Dürer, Rembrandt, Goya and Whistler; extensive 20th century holdings and a growing collection of contemporary works on paper.