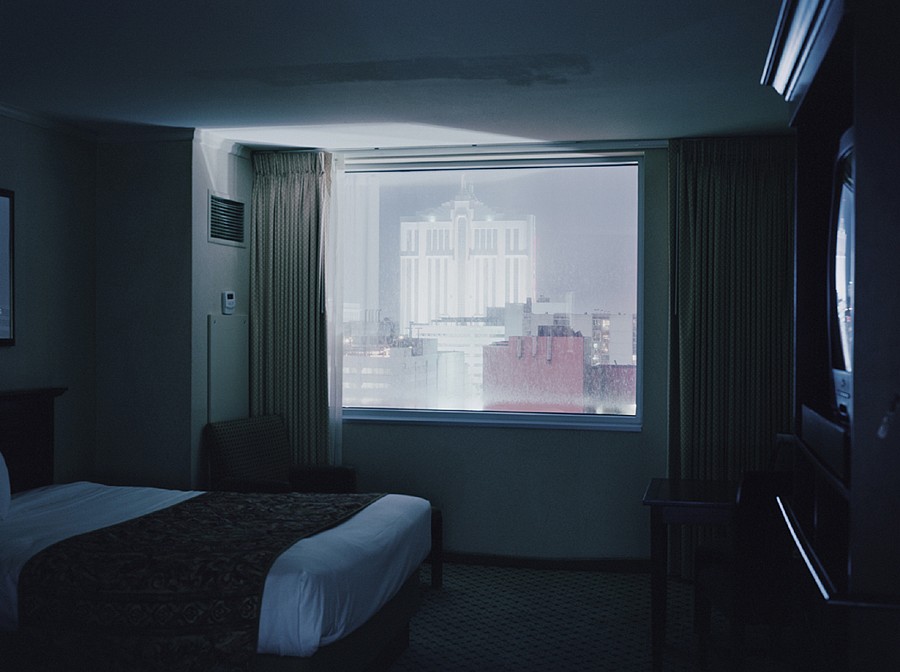 Holly Johnson Gallery is pleased to present, Monopoly, an exhibition of recent photographs and a custom artist's book by Mike Osborne. A reception will be held Saturday, October 11, from 6:00 to 8:00 p.m. The exhibition continues through Saturday, December 20, 2014.

Monopoly revolves around the historical connection between the iconic board game and the Atlantic City street grid that served as its template. Catalyzed by "The Search for Marvin Gardens", a 1972 essay by John McPhee, Monopoly translates the board's Mondrian-like map into photographs that grapple with the city's complicated past and present. This gesture of converting abstractions-the purple rectangles known as Baltic and Mediterranean Avenues, for example-into carefully rendered representations of actual places is mildly absurd but also serious, an oblique means of reflecting on the problems that have plagued many American cities over the last half-century.

Mike Osborne studied English and photography at Stanford University before receiving his MFA in Studio Art at the University of Texas at Austin in 2006. In summer 2014, he published his first book, Floating Island. He has been a resident artist at Artpace San Antonio (2012), a participant in the Center for Land Use Interpretation's Wendover Residence program (2011-2012), a fellow at the Akademie Schloss Solitude in Stuttgart, Germany (2008-2009), and a Fulbright Scholar in Taiwan (2006-2007). His work and articles about it have appeared in The New Yorker, Time, Wired, Hyperallergic, and Glasstire.

Osborne's work is in the permanent collections of the Dallas Museum of Art, One Arts Plaza in Dallas, the Museum of Fine Arts, Houston, the Contemporary Austin, and the Fralin Museum of Art at the University of Virginia. Recent solo exhibitions include "Floating Island" at Artpace and "Papers and trains" at Akademie Schloss Solitude. Group exhibitions include "The Artist's Palette: Primary Colors on Paper" at the MFAH, "Looking at the New West" at the Fralin Museum, and "Contemporary Photographic Practice and the Archive" at the Harry Ransom Center. In 2012, he became an Assistant Professor at Georgetown University. He lives and works in Washington, DC, and Austin.